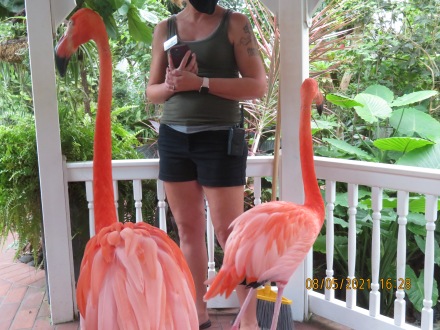 As if I cannot bear either the twin menaces of our time now, whether the Pandemic Blues or the Climate Change fiasco playing out all over our beloved Mother Earth, instead I am on a quest to show that life is indeed worth living! Indeed, if u cannot find true love with someone mutually, at least u can revel in the true love of friendship, poignancy, familial love in the form of deep friendship w several close people. It has to be enough, because this is what is available to u.

But ahhh! This summer is making up for lost time, as we did travel, albeit much closer to home, last year, when the Pandemic was still new, and killing people by the thousands here across the USA. And we avoided planes, trains, any kind of mass transit, due to risk of contagion. Well, all that deprivation has swelled people’s desire for travel far and wide this year, and I am no exception to that.

This spring, beginning early May, I have traversed the following destinations, both in my car, and on a train, in March, and by planes. March began Washington DC; May Atlantic City, NJ; May Bar Harbor, Maine; June Martha’s Vineyard, Massachusetts; July Atlantic City, NJ 2nd time; then New Canaan, CT, South Salem, NY, Montauk, NY, plus the Hamptons; then Fishkill, Wappingers Falls, Poughkeepsie, NY; August Key West, FL, and yet to come, only days away, Aruba and Iceland, carrying into September as well. Still on the calendar: October in Seattle, Washington.

Both Aruba and Iceland have entered the State Department’s Do Not Travel list, and I am now in the 5th month since my last COVID vaccination was administered, on March 25th. So as of September 25th, I should get a booster shot. I am playing the game of caution, w regard to infection control, even tho I am deathly tired of living in this contagious soup, especially because it isn’t necessary, if people would only comply, for the greater good. Even when their very children r endangered, because no vaccine is available yet to those who r under age 12. It boggles the imagination that people would risk their children’s lives, in political gobbledygook such as refusal of vaccine is, in the vast majority of cases. Fear and ignorance, defiance and ineptitude. Some governors have even ordered no mask mandates whatsoever, in public schools, and anyone who countermands the order will not be paid their salary! And again, this is happening in a twist on totalitarianism, where u must submit to laws that r enacted on a partisan basis, or else starve! Yeah, most people get by on their salaries, right? So no money, no food. And evictions have begun again too.

America the Great! America the Beautiful! America the Dead. Well, if I die, at least I go out w a bang! I crossed off another item on my Bucket List: met beautiful Rhett & Scarlett, close up, flamingos! At the Key West Butterfly & Nature Conservatory, which was just magical. I floated thru the aisles of plants, trees, flowers, the beauty of this place! Observing rainbow finches, turacos, quails, many butterflies, one of them landing on and staying on my friend’s back…and I was enchanted and in love w them, and their adorable honking. They can touch u, but not u them. They rule the roost, Rhett & Scarlett do! No hatchlings tho from them, even tho mated in captivity, and they r 9 yrs old now. It says they may live up to 50 yrs in captivity, but they need to be exposed to rain in order for them to reproduce. In the Conservatory, they r not exposed to rain. But they do enjoy interacting w the humans during “the Flamingle.” They can get on u, your hat, your shoes, even perhaps poop on u! But we r cautioned 1st about that, and told what to do to avoid that happening. None of us got pooped on on August 5th.

I am happy being again more often w my dear friends’ posse this summer, and so have little time to write on this blog. My travels r so frequent that there is nary a day I can meet my responsibilities and also write this, tho I do miss doing that. The Martha’s Vineyard trip was 9 of us! In a big luxurious house in tony Edgartown. I have actually NEVER rented a house before, except for a summer session in college as an undergraduate. We also took concierge services from an agency, hiring an in home chef for 3 dinners that week, chartering our own Captain on a sailboat, sunset sail, although I was disturbed by no bathroom access on the boat…not a good thing as we were out of the house for 3 hrs, w difficulties finding the Captain on his dinghy, to get us to the Sea Witch boat, 4 and 5 at a time. It was an adventure!

I am fortunate in this life, being unusual, having neither spouse, nor children, nor responsibilities for other elders, all gone now. I see the careworn looks on some of the people who have had such responsibilities, and at least I look younger than my actual years. I get more sleep and less aggravation now. And I like sharing the bounty too! God bless us all, as we journey hither and yon, checking off Bucket List items as we go. I love u all, my friends! And we will try to make it a good life 4 all of us, w changes and doing good 4 others, which revitalizes our collective spirit.

And I got to see the Hemingway House in Key West too, and need to order “For Whom the Bell Tolls.” I like the ominous title, as Ernest suffered his way thru life too, and left behind a rich legacy of writing and even films made of his works, that we might be warned and entertained thus. He had a remarkable home, which was constructed and done by 1851, which looked quaint and well preserved, it being now 2021, some 170 yrs later. He lived from 1899-1961. I need to learn more than I have so far, regarding his works.